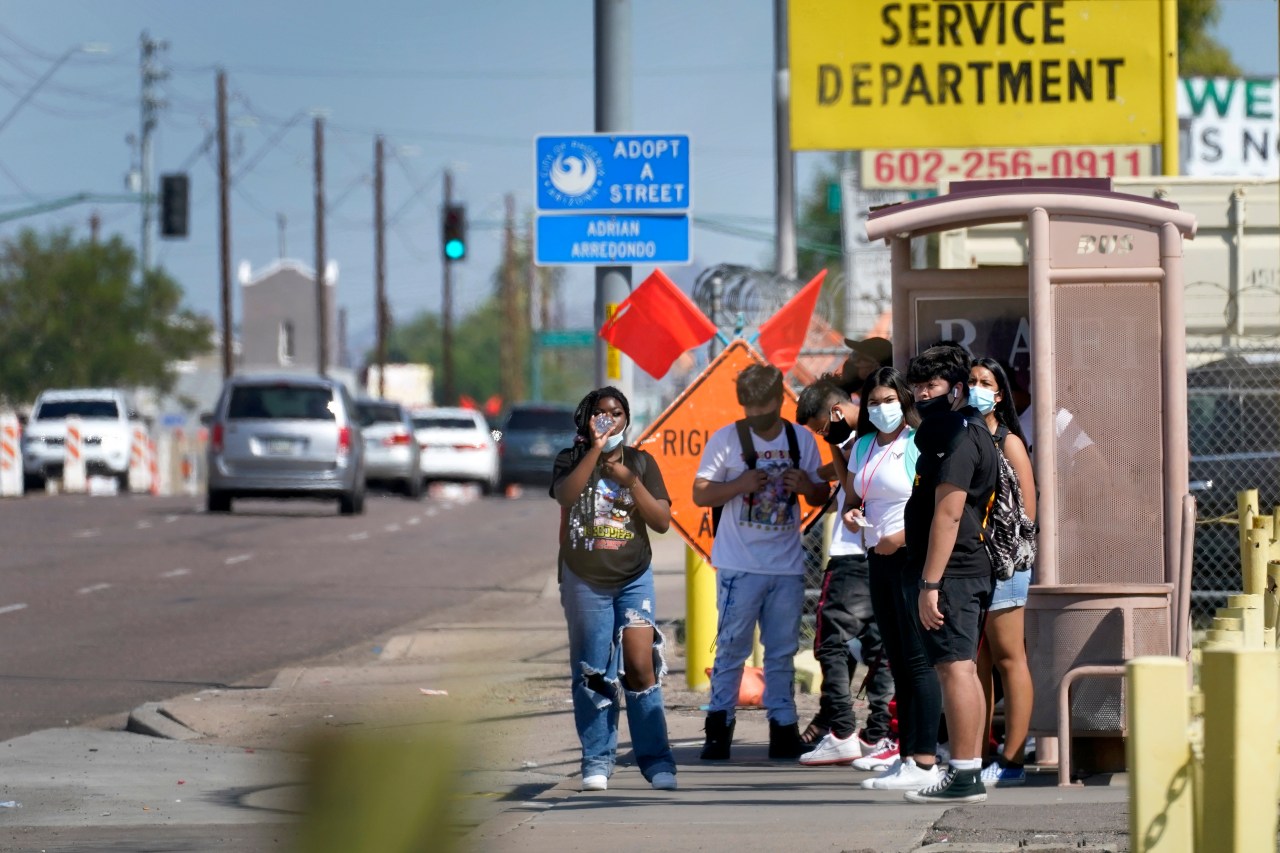 PHOENIX – The mustard-colored apartments, which were built as public housing more than half a century ago, are some of the hottest places in Phoenix, with few parched trees and metal clothesline poles providing shade in dusty courtyards.

The two-story stucco buildings in Edison-Eastlake, a historically black neighborhood that has mostly become Latinos, are among the last half of a six-year renovation project aimed at better protecting residents from extreme heat amid a mega-drought in the west .

Phoenix has always been scorching hot, but climate change has made the fifth largest city in the country even hotter, with temperatures still rising to 111 degrees in early September. Conditions weren’t much better in Las Vegas, about 300 miles north, where the thermometer reached 106 degrees.

But in one of the more notable results of the 2020 census, the scorching weather didn’t stop Americans from settling in such places. The desert cities are in two of the five fastest growing counties in the United States, and new population data shows people keep flocking to communities where climate change is making life more uncomfortable and precarious.

“We’re in the process of reshaping our environment in the Southwest,” said Nancy Brune, executive director of the nonprofit Guinn Center in Nevada, a think tank that has been researching how extreme heat affects communities. “We have to make sure that we and our buildings can withstand the heat.”

Jobs have driven much of the growth. According to a census report released late last month, business investment in the desert of the southwest grew more than twice the national average every decade between 1950 and 2010 and continues to rise, with health care growth topping the list.

But the growing population is also putting more people at risk.

The most at risk are often found in poor and ethnically diverse communities where many households do not have the means to cope with disasters, including more frequent, widespread and severe heat waves.

Her nonprofit and others have sought insight from Edison-Eastlake residents like Rosalyn Gorden, who have described sitting on red-hot metal bus benches and competing with the homeless for shade.

The original public housing did not have air conditioning, said Gorden, who now lives in a newer complex.

“The older buildings only had sump coolers, and their age meant that they often had to be serviced or repaired,” she said, referring to the coolers that were usually placed in or next to a window and let the evaporated water circulate.

According to a study published in Nature Climate Change in May, more than a third of the world’s annual heat deaths are due to global warming. It covered about 200 US cities and found over 1,100 deaths annually from the heat caused by climate change, many in the east and the Midwest where many homes have no air conditioning.

To the west, Maricopa County had 323 heat-related deaths in Phoenix in 2020 and Clark County, which includes Las Vegas, 82.

The rising death toll challenges governments to protect vulnerable populations and ensure there is enough water for everyone as the drought and increasingly hot summer drains reservoirs fed by the Colorado River.

These challenges will only increase as cities continue to attract more people.

Maricopa County’s population rose 15.8% to 4.4 million over the past decade as people fled more expensive areas like California unaffected by rising temperatures. Not only was Phoenix the fastest growing US city with 11.2% growth, the census also confirmed its status as the fifth largest city, surpassing Philadelphia’s 1.603 million population with 1.608 million people.

The surge in Clark County, which includes Las Vegas, has been heavily driven by residents who identify as Hispanic or Latino, who make up more than 30% of the population.

“People here don’t go outside in the heat unless they have to,” said Moore, Nevada organizer for Moms Clean Air Force group.

Moore said the heat was especially harsh for low-income tenants who can’t install solar panels to save on energy bills and have to rely on landlords to fix broken air conditioners.

Three years ago, a 72-year-old Phoenix area woman died in her home after Arizona’s largest electricity company shut down for failing to pay $ 51. The utility has suspended interruptions and waived late fees until October 15 this year.

Still, only 15% of heat-related deaths in Maricopa County last year were indoors. Most of these people had air conditioning that was either broken or turned off.

The other 85% died outdoors, illustrating the dangers for those with landscaping, construction, or without a car, who have to travel on foot, bike, or public transport.

Researchers at Arizona State University’s Morrison Institute and the Guinn Center recently conducted parallel studies of extreme heat and gathered ideas from community leaders in different neighborhoods in Phoenix and Las Vegas. Many of them noticed a lack of shade.

Both cities plan to plant tens of thousands more drought-resistant trees in vulnerable areas, but that increases the need for more water, especially for young trees.

In addition, Phoenix plans to install 400 shelters at bus stops over the next few years. Phoenix and Las Vegas residents interviewed for the studies suggested installing water fountains, water bottle filling stations, and nebulizers at stops.

The nonprofit group Trees Matter is working to increase canopy in low-income neighborhoods in Phoenix, especially near schools that have been classified as needing shade by health officials, said Aimee Esposito, the group’s executive director.

The Edison Eastlake project is a model for cities that want to protect their residents from heat, said David Hondula, associate professor at Arizona State University’s School of Geographical Sciences & Urban Planning.

Edison-Eastlake was once home to the largest concentration of public housing in Arizona and suffered from crime and plague for decades. With a grant of 30 million more trees and other vegetation are planned.

It’s an optimistic vision for what the area can become – and the kind of project that might become more necessary as the city continues to grow.