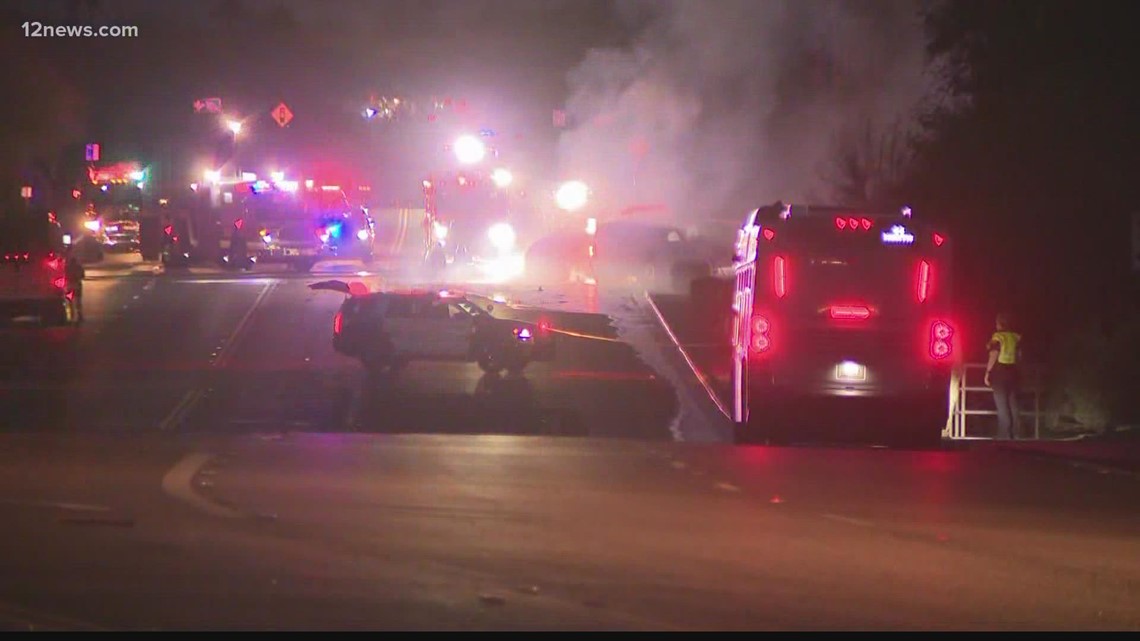 PHOENIX – With every call, first responders are more likely to find an electric vehicle on the streets of Phoenix.

“There are more and more of these electric vehicles on the road so we need to become more aware of whether it is a hybrid vehicle if it is an electric vehicle, as we are approaching,” said Captain Evan Gammage of the Phoenix Fire Department.

It was Monday night in Paradise Valley when the Department of Public Safety announced that a woman had crashed into the other lanes near McDonald Drive and 47th Street.

DPS said Nicole Baldovino was pronounced dead in the hospital. Another driver was injured, but officials said they were not critically injured.

Gammage said the Phoenix Fire Department worked to put the fire out, but due to the nature of the electric vehicle, certain tactics are required to fight. This also includes crews testing the water coming out of the fire for hazardous substances to prevent hazards from flowing into the water system.

Not your average car fire

Typical fires in gas cars, Gammage said, are all but extinguished once the firefighters put out the flames.

Gammage said that not only will the electrical systems running throughout the car affect how firefighters cut the vehicle or get into the car, but the lithium-ion batteries inside the car will also affect how they approach the scene.

Gammage said the lithium-ion batteries can keep fires hotter, burn longer, and use more water than what’s in an engine at one time.

This was seen in a warehouse in North Phoenix that had caught fire a few times in the past few years.

The business repairs electric vehicles and stocks many lithium-ion batteries.

“We have to drown the batteries until the core cools itself,” said Gammage.

Gammage said cars parked in garages with their charging station can also affect house fires if the garage is involved.

“That can definitely feed the fire and obviously burn hot and burn long,” said Gammage.

Gammage said employees have had years of training on how to deal with electric car fires.

This also includes receiving information about their models directly from the manufacturers, who can help them on site.

Gammage recommends that electric and hybrid vehicle owners get their vehicles serviced well in advance.

“When you have your vehicle serviced, make sure the technician is certified and familiar with electric vehicles,” said Gammage.