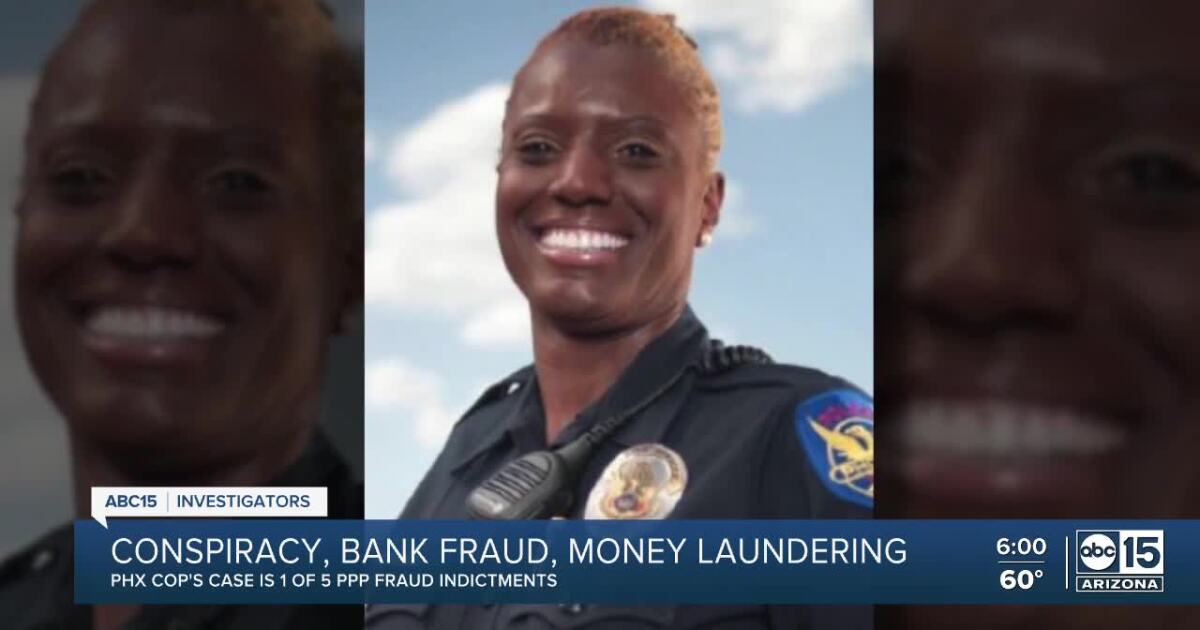 Toni Richardson resigned from Phoenix Police Department this month after being arrested on charges of conspiracy, bank fraud and money laundering. She is accused of creating fraudulent documents and lying about the number of employees at a company called The Lotto Club.

According to the federal indictment, Richardson had no employees and no payroll for the company when she applied in February and received more than $ 1.2 million in federal loan funds.

The indictment alleges that Richardson then transferred some of the money to a separate bank account that they controlled.

One of Mitchell’s co-defendants in the two Sigma Cuts cases is Sean Swaringer. Swaringer and his wife Vanessa are also charged in a PPP loan case for a company called Veteran Cryotherapy.

Of the five PPP loan fraud cases filed in Arizona on November 23, six are accused of defrauding banks of a total of $ 7.4 million in PPP loans.

The money for the program was meant to help small businesses stay open and retain employees during the COVID-19 pandemic.

ABC15 attempted on Friday to reach the defendants in these cases at multiple business addresses, home addresses and telephone numbers. We couldn’t reach them for comment.

It is still unclear whether all six defendants knew each other personally or whether their cases are loosely linked by joint defendants.