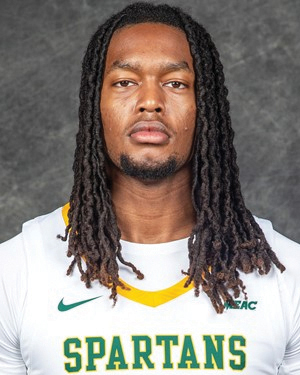 Kris Bankston was not called to the preseason all-MEAC team in part because few knew much about him. Now they know. Norfolk State University’s freshman transfer brought its eerie shooting accuracy to a national ESPN2 audience in the Boost Mobile HBCU Challenge hosted by Chris Paul in Phoenix November 29-30, State University 70-63, Bankston hit 14 of 19 shots from the field while accumulating 38 points and 15 rebounds. The games were played in the same footprint center that the NBA Suns – with All-Star Guard Paul – and the WNBA Mercury call home. Bankston is a 6 foot 8, 230 pound forward who joined NSU after serving four seasons at his home school, the University of Arkansas at Little Rock. When playing for Little Rock of the NCAA Division I Sun Belt Conference, Bankston collected 457 points, 298 rebounds and 103 dunks in 80 games. He’s not a 3-point threat. Bankston’s shooting arsenal is mostly limited to high proof trials near and above the tire. Bankston helped NSU set a 9-2 record, averaging 12 points and seven rebounds per game while hitting 76 percent from the field (54-for-71). That’s second in the NCAA Division I nationwide. Bankston is listed as a “Red Shirt Senior” by NSU, but Spartans sports publicist Matt Michalec says he will have another season in 2022-23 should he choose. The 9-1 start was NSU’s best start since moving to Division I in 1997. The winning streak ended on Saturday, December 4th, with a 58:57 defeat in Hampton. Coach Robert Jones’ team will travel to Kansas on Saturday, December 11th to play against Wichita State University. The game will be televised on ESPN Plus.