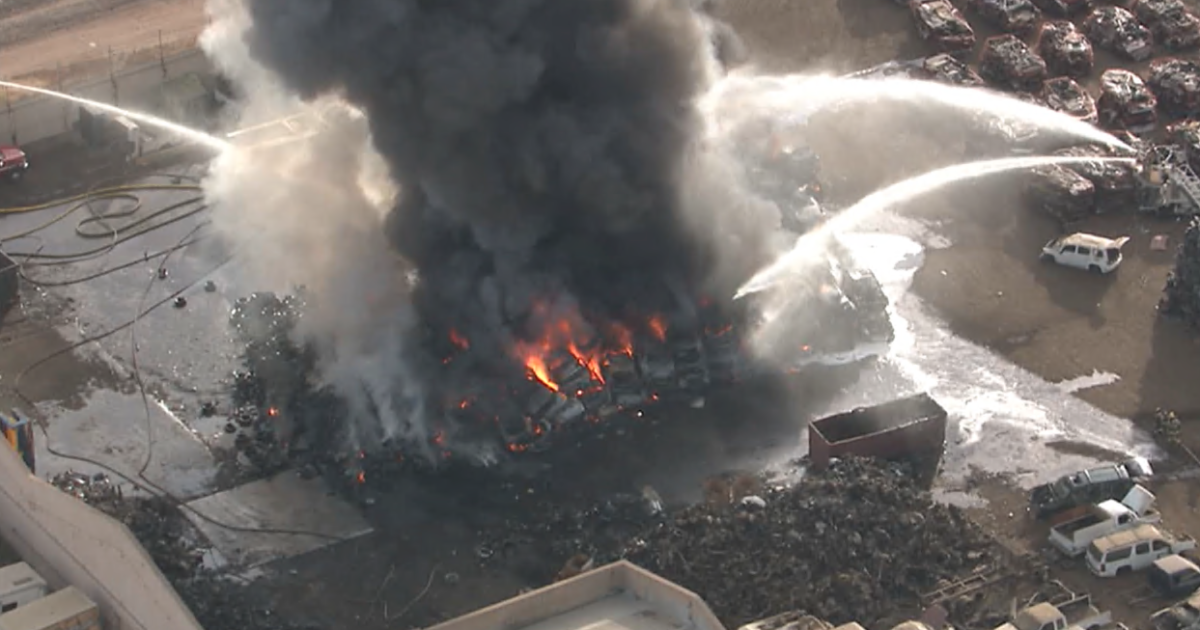 PHOENIX – A multi-vehicle alarm fire is still being extinguished west of downtown Phoenix after a huge cloud of dark smoke is thrown into the air.

Aerial photography by Air15 showed several vehicles burning and debris in what appeared to be a junkyard near 27th Avenue and Buckeye Road in Phoenix. The video also showed a couple of large carts with firefighters shooting water into the flames.

Firefighters said an employee found smoke and fire in a pile of crushed cars in the back of the store and called 911.

The fire quickly escalated into a secondary alarm fire, allowing more fire trucks, firefighters, and resources to respond to the fire.

According to the Phoenix Fire Department, no injuries were reported.