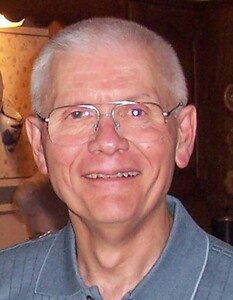 Gordon Foy Wallace August 23, 1943 – August 12, 2021 Gordon Foy Wallace, 77, of Muskogee, Oklahoma died Thursday, August 12, 2021. He was born in Muskogee on August 23, 1943 to James Foy and Virginia Ruth ( Blankenship) Wallace. born. He lived in Muskogee all his life, where he attended public schools. He graduated from Muskogee Central High School with the 1961 class and continued his education at Bacone College, where he graduated in 1963. Gordon later attended Oklahoma State University and received his PhD in chemistry in 1972. He worked at Perkin Elmer as a product specialist and retired in 2008 after many years of service. Gordon was a member of the Presbyterian Church of Muskogee, which he faithfully attended and served as an elder. He enjoyed going to auto shows, concerts, museums, and attending OSU sports activities. He was the webmaster of his senior year 1961 and played a huge role in class reunions. We will miss him very much, because the class will soon be celebrating its 60th class reunion. Gordon has also been very generous with his time as he volunteered for many organizations. He was a huge supporter, volunteering for the Eastern Oklahoma State Spelling Bee, teaching GED classes in the library, and meeting in the library for genealogy groups. He also volunteered for the local Boy Scout Troops, the Muskogee Food Pantry, Meals on Wheels, and the Cruisin Angels Car Club. He was an active member of the Wings Running Club and enjoyed running national and local marathons that benefited many local charities. His parents, James Foy and Virginia Ruth Wallace, preceded him in death. Gordon leaves behind his son Kevin Sheridan of Pittsburgh, PA; Daughter Karen Wallace of Columbia, MD; Siblings, Alan Wallace from Muskogee, OK, and Linda Gordinier from Katy, TX. A memorial service to celebrate Gordon’s life will be held on Thursday, August 19, 2021 at 10:00 a.m. in the Presbyterian Church of Muskogee under the direction of Rev. Jeff Cranton. Funeral services are managed by Cornerstone Funeral Home & Crematory 1830 N York St Muskogee, OK 74403. Condolences are offered to the family at www.cornerstoneofmuskogee.com. Published on August 18, 2021