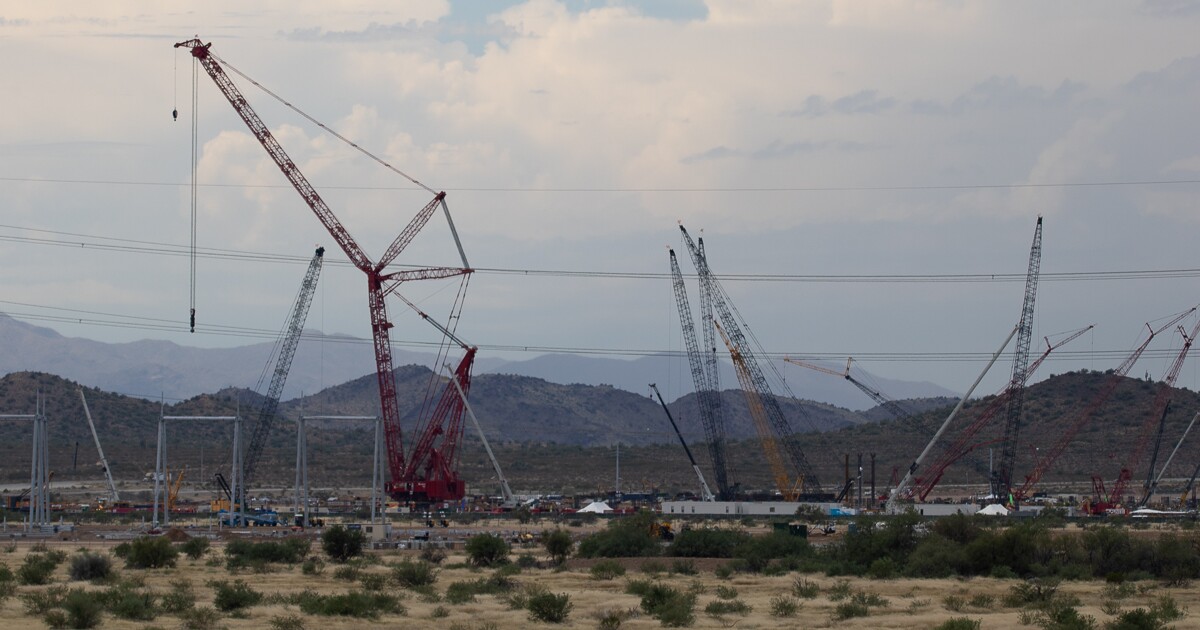 PHOENIX – While the total number of construction cranes over downtown Phoenix has declined from the end of the first quarter to the end of the third quarter, the number is no indication of the “explosive growth” other areas of the valley are experiencing, an expert said.

According to the rider Levett Bucknall Crane Index, which is conducted twice a year, only two construction cranes towered over central Phoenix at the end of the third quarter. However, the census is only a six-mile radius from Central Avenue and Washington Street.

Scott Macpherson, executive vice president at Rider Levett Bucknall, said areas such as Tempe, the Mayo Clinic area, and the Taiwan Semiconductor Manufacturing Co.’s facility in north Phoenix, all of which are out of the county for the census, are great economic Development growth in the Phoenix metro is important.

According to RLB research, the rise in building costs at Phoenix slowed slightly in the third quarter after rising in the second quarter.

According to the quarterly construction cost comparison index of the RLB, the costs of Phoenix increased by around 6.6% from June 2020 to June 2021.

Read more about this story from the Phoenix Business Journal.